The narrator of Tom McCarthy’s novel Satin Island is put into an impossible situation: as a corporate anthropologist, he is commissioned to write a Great Report, the book of all

The narrator of Tom McCarthy’s novel Satin Island is put into an impossible situation: as a corporate anthropologist, he is commissioned to write a Great Report, the book of all books, that encompasses the totality of our time. Yet, no form of writing seems to lend itself for this bold task. Faced with a world that withdraws itself from his grasp, he imagines the Great Report to be un-writable – until he comes to a terrifying realization: Maybe the report is not at all un­-writable but has “already been written.” Every move we make with our phones in our pockets is registered, every email, photo, or note archived in some endless database, every keystroke logged. Hence, if everything is always already turned into data and the Great Report is written by a self-perpetuating script, then a crucial question emerges: “who could read it?”

In continuation of our workshop Kritik – Poetik – Kollaboration, we seek to interrogate the consequences of said transformations for reading and writing today. How are these practices changing in the digital era? What is the role of the new technologies and the socio-economic assemblages in which they emerge? And which new forms of literary, artistic, and theoretical production evolve – or might evolve – under these rapidly changing conditions? Along the lines of these and similar questions, Tom McCarthy will guide us through his fictional, essayistic, and theoretical universe. Starting from a joint inquiry of the hermeneutics of de- and encryption, the poiesis of algorithms, and their mutual circulation, the workshop aims to initiate an exploration of new possibilities for both academic and artistic writing.

If you are interested in taking part in the workshop, please send an email to labor@fsgs.fu-berlin.de by November 5th. We will send all participants an electronic reader for preparation, but it would be advisable to buy and read the novel Satin Island beforehand. The workshop is open to participants from all academic and artistic fields. Capacities are limited.

Guest: Tom McCarthy
Tom McCarthy is a novelist whose work has been translated into more than twenty languages and adapted for both cinema and theatre. His first novel, Remainder, which deals with questions of trauma and repetition, won the 2008 Believer Book Award. His third, C, which explores the relationship between melancholia and technological media, was a 2010 Booker Prize finalist; as was his fourth, Satin Island, a disquisition on the role of the anthropologist within contemporary culture, in 2015. McCarthy is also author of the 2006 non-fiction book Tintin and the Secret of Literature, an exploration of the themes and patterns of Hergé’s comic books; of the 2008 novel Men in Space, set in a Central Europe rapidly disintegrating after the collapse of communism; and, most recently, of Typewriters, Bombs, Jellyfish, a 2017 selection of his essays. He writes regularly for publications such as The New York Times, The London Review of Books, Frieze and Artforum, and has held the posts of Visiting Professor at the Royal College of Art and Associate Professor at Columbia University. In addition, he is founder and General Secretary of the International Necronautical Society (INS), a semi-fictitious avant-garde network of writers, philosophers and artists whose work has been exhibited internationally at venues including the Palais de Tokyo Paris, Tate Britain and Moderna Museet Stockholm. In 2013 he was awarded the Windham Campbell Prize for Fiction, one of the Anglophone world’s largest literary awards. He is currently a Fellow of the DAAD Artist-in-Berlin programme. 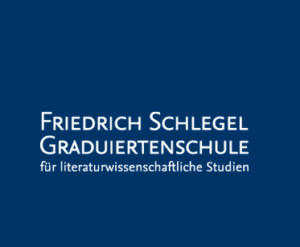