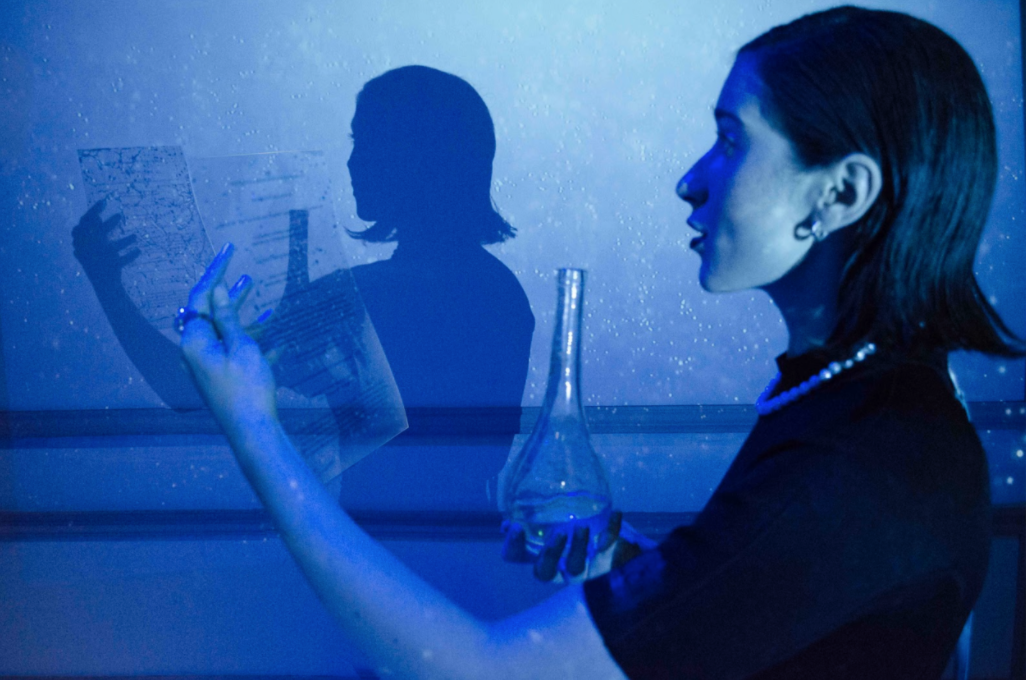 With Selin Davasse 1001 (One Zero Zero One) is a triphasic performative intervention with durational, participatory and site-specific elements. Echoing Scheherazade’s premise that storytelling over an extended period of time can

1001 (One Zero Zero One) is a triphasic performative intervention with durational, participatory and site-specific elements. Echoing Scheherazade’s premise that storytelling over an extended period of time can transform a cruel tyrant, 1001 engages with the critical, therapeutic and political potential of stories. Phase-1 is a lecture-performance functioning as an interface. It invites the community to interact with the project-system. Performed at the Roter Salon, Testimonies of the Scheherazadian will be available online as a sound-piece on various platforms for 1001 minutes (16.68333 hours). It is an operatic lecture-performance for disembodied voice in a story-within-story format; presenting historical and fictional instances of unexpected justice. Reinterpreting the motif of the defiant, self-sacrificial individual who delays and finally removes impending danger by telling stories, the lecture ascribes a “scheherazadian” trait to anti-authoritarian protagonists of historical and fictive judicial events where, contrary to prior assumptions, some form of justice is served. After Phase-1, a question is posed to the community: which stories heal tyranny? Phase-2 re-programs the disembodied voice over the course of 1001 hours (41.70833 days). Submitted stories are woven together as rhymed prose, once again emulating the narrative texture of One Thousand and One Nights. This text is 1001 words, set to music and recorded as a sound-piece. Phase-3 lasts 1001 days (2.742466 years) and acts as a portal to a site of evil: a volunteer plays the Phase-2 sound-piece every April 24th at the tomb of a tyrant introduced in Phase-1. During Phase-3 the disembodied voice from Phase-2 becomes a malware. She takes on the role of Scheherazade and infiltrates the bed of a mass-murderer. With the help of the Roter Salon network, the voice attempts to heal the future by enticing a despot’s ghost to repent.

Part of the new series Next Waves Theater, hosted by Armen Avanessian & Enemies