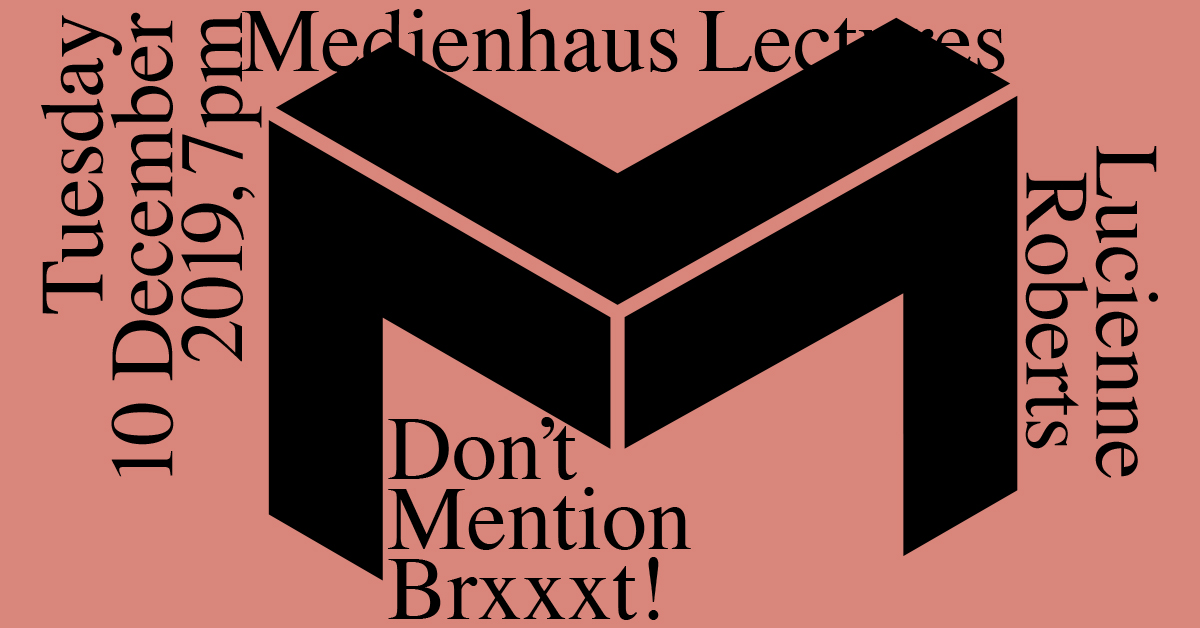 A lecture by British designer, writer and curator Lucienne Roberts.

Lucienne Roberts AGI, MISTD, FRSA is a graphic designer, design writer and educator. She is founder of graphic design studio LucienneRoberts+ and co-founder of design advocacy initiative GraphicDesign&. She graduated from London’s Central Saint Martins College of Art and Design with a utopian zeal that has never left her. She is also an English Literature graduate from the University of London. Her practice is characterised by an abiding interest in the role of the graphic designer in the wider world, and in definitions of ethical design. Lucienne was cited as one of Creative Review magazine’s 50 Creative Leaders for 2017 and Design Week’s ’10 people who made an impact on design in 2017’. Her books include core educational text Good: An Introduction to Ethics in Graphic Design; she was Typographer-in-Residence 2018 at ArtCenter, Los Angeles and most recently spoke at Design March 2019 in Reykjavik, AGI Open 2019 in Rotterdam and was a judge at the Brumen Awards 2019 in Slovenia. Lucienne can be heard giving a Lecture in Progress as part of the It’s Nice That podcast and being interviewed on Design Observer.

Most recently she co-curated the exhibitions „Can Graphic Design Save Your Life?“ at London’s Wellcome Collection and „Hope to Nope. Graphics and Politics 2008–18“ at London’s Design Museum.