Little Palestine: Diary of a Siege 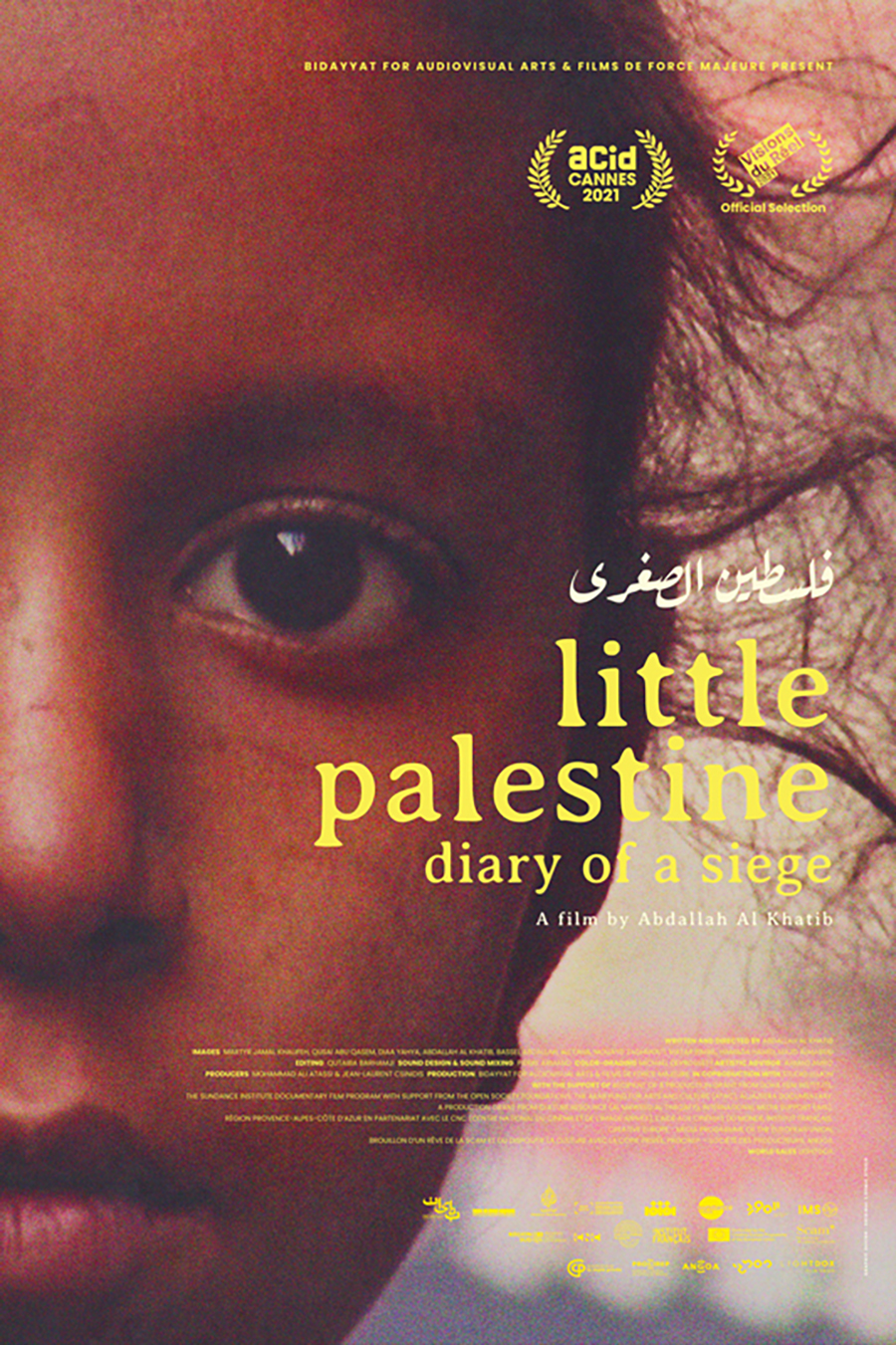 Little Palestine: Diary of a Siege(Lebanon/France/Qatar, 89 minutes, 2021) The district of Yarmouk, at the outskirts of Damascus, sheltered the largest

The district of Yarmouk, at the outskirts of Damascus, sheltered the largest Palestinian refugee camp in the world from 1957 to 2018. The regime of Bashar Al-Assad perceived the camp as a hideout for rebels, so the Syrian army held a siege from 2013 until the camp surrendered a few years later. Gradually deprived of food, medicine, and electricity, Yarmouk was cut off from the rest of the world. Abdallah Al-Khatib was born in Yarmouk and lived there until his expulsion by Daesh in 2015. Between 2011 and 2015, he and his friends documented the daily life of the besieged inhabitants. Hundreds of lives were irrevocably transformed by war and siege — from Abdallah’s mother, who became a nurse taking care of the elderly at the camp, to the fiercest activists, whose passion for Palestine was gradually undermined by hunger.