Ever since Russia launched its full-scale war against Ukraine on 24 February 2022, Ukraine has been the focus of attention not only in German public

Ever since Russia launched its full-scale war against Ukraine on 24 February 2022, Ukraine has been the focus of attention not only in German public and scientific discourse, but also on a global scale. What many events on the topic have shown, however, is that the study of the ongoing war and its effects on Ukrainian society and culture, as well as the study of Ukraine in general, are often characterised by an ethically underpinned strategic narrowing of methodological approaches and analytical tools. The conscious inclusion of Ukrainian voices did not bring a significant change here. All the more so, since many Ukrainian speakers demanded an outright “cancelling” of Russian culture as the imperial culture and the culture of the aggressor. Attempts to de-radicalise the discourse were, in turn, often dismissed as ‘westsplaining,’ thus ruling out an assessment of intercultural influences and entanglements.

In what way should (and can) Ukraine—and the war in Ukraine—be researched and discussed in all their complexity? How can historical, political, economic and social as well as cultural entanglements be adequately addressed? Which issues or methodological approaches are especially contentious due to ethical considerations or because they presumably ‘play into the hands of the aggressor’? How could a re-orientation of East European and Slavic Studies towards Ukraine and other ‘minor’ cultures be carried out on a methodological, institutional, and structural level? In what ways can the results of such a re-orientation be transferred to decision- and policymakers?

The panel discussion is part of the workshop Decolonizing Ukrainian Studies organized by the project (Un)Disciplined: Pluralizing Ukrainian Studies – Understanding Ukrainian War (UNDIPUS) funded by the BMBF (Federal Ministry of Education and Research) in collaboration with Centre for East European and International Studies (ZOiS) and the ZfL. In view of the growing political instrumentalisation of decolonial terminology, it aims to facilitate scholarly dialogue about the prospects of a project to decolonise Ukrainian Studies. 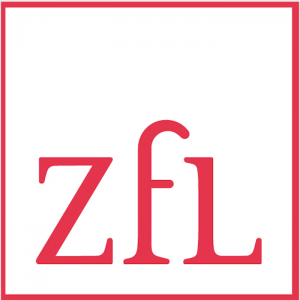