The Vampire as Model 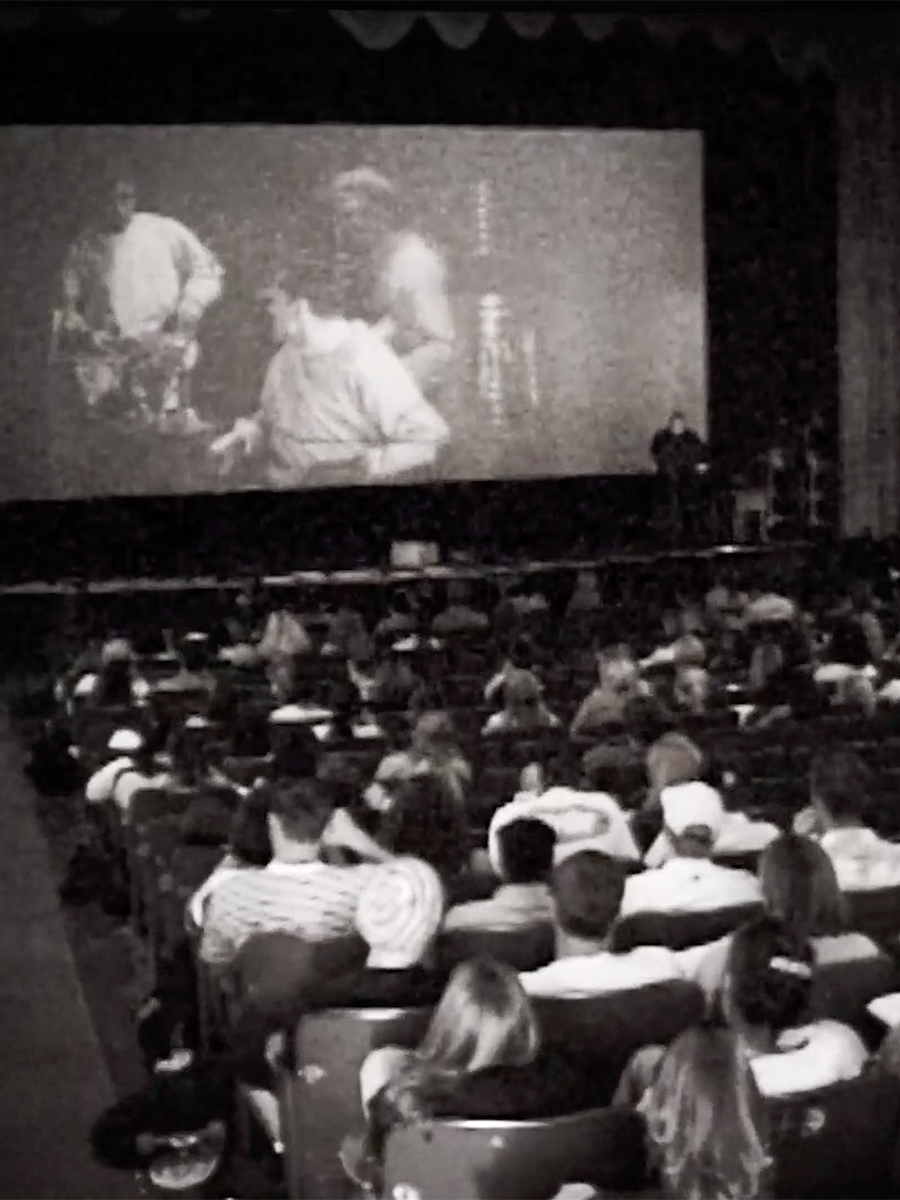 Several years into his work at the University of California, Santa Barbara Laurence Rickels conceived a new course offering involving a shift from background to

Several years into his work at the University of California, Santa Barbara Laurence Rickels conceived a new course offering involving a shift from background to foreground. He advanced to the front of the class Freud’s passing reference (in Totem and Taboo) to the vampire as the model for the mourner’s experience of the ambivalence-enriched deceased at the outset of the mourning process.

Through the switch from example in theorization to plain text of what the theory is about Rickels conceived the lecture class ‘Vampirism in German Literature and Beyond’. While maintaining the level of instruction as encounter with psychoanalysis, Rickels was taken by surprise when several years into this pedagogical experiment his class became the big curricular highlight on campus.

The film Memoirs of a Vampire Professor (Laurence Rickels, 2022, 25 min) remasters documentary footage of two sessions of Rickels’s legendary vampirism class at UC Santa Barbara, and intersperses the in-class analysis with scenes and outtakes from Spout (Alex Munoz’s short film based on the screenplay by Rickels).

Laurence Rickels and James Burton will discuss the film and Rickels’ ongoing reading of undeath, in particular with regard to vampirism’s interface or face-off with zombieism, and the contest between SF and fantasy B-genres.

Laurence Rickels taught German and Comparative Literature and Film Studies for thirty years at the University of California, Santa Barbara and in 2011 moved for a decade to Germany, working as Professor of Art and Theory at the Academy of Fine Arts Karlsruhe. He is the Sigmund Freud Professor of Philosophy and Media at the European Graduate School. Since 1988 he has published on ‘Unmourning’ (Aberrations of Mourning, The Case of California, and Nazi Psychoanalysis), on discrete auteurs and their oeuvres (Ulrike Ottinger, Philip K. Dick, and Ian Fleming), and on B-genres (The Vampire Lectures, The Devil Notebooks, Germany: A Science Fiction, The Psycho Records, and Critique of Fantasy).

James Burton is Senior Lecturer in Cultural Studies and Cultural History at Goldsmiths, University of London. He is a former research fellow of the Humboldt Foundation and the ICI Berlin. He publishes in the fields of cultural theory, philosophy, media and literature, with particular interests in process philosophy, ecology and speculative fiction. He is the author of The Philosophy of Science Fiction: Henri Bergson and the Fabulations of Philip K. Dick (2015), and co-editor with Erich Hörl of General Ecology (2017). Recent articles include ‘Manimism: Worrying about the Relationship between Rationality and Animism‘ in New Formations no.104-5 (2021) and ‘Astronoetic Voyaging: Speculation, Media and Futurity‘ in The Future of Media (2022).